How to Get Child Custody in North Carolina

Most child custody cases arise as part of a divorce proceeding, but unmarried parents can get into custody disputes, and even grandparents may have to seek a legal remedy, either to protect a grandchild from an unfit parent or to enforce their visitation rights. In most custody disputes, parents are fighting for their “fair share” of parenting time so they can maintain an active, loving relationship with their children. Less frequently, a parent will petition the court for sole custody to protect the child from the negative consequences of living with the other parent. In these cases, mere objections to the other’s “parenting style” will not convince the court; the petitioning parent must show that sole custody is in “the best interest of the child.” 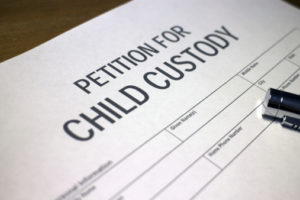 Assuming there is a battle for sole custody, steps for child custody adjudication in a divorce are as follows:

Anyone seeking sole custody of children should realize that serious allegations, if unfounded, can come back to haunt them. One of the factors the court considers in granting custody is the willingness of the custodial parent not to interfere in the noncustodial parent’s relationship with the child. The court is less likely to grant custody to a parent who has acted to alienate the child from the other parent.

The standard the court uses when deciding child custody issues is “the best interest of the child.” In our experience, this is also the best standard for parents to adopt whenever they engage in a custody dispute.

The Moore Law Office, PLLC represents parents and grandparents in Asheville and throughout Western North Carolina in child custody matters. To learn more about our firm, please call 828-333-4796 or contact us online to schedule a consultation at our Asheville office.